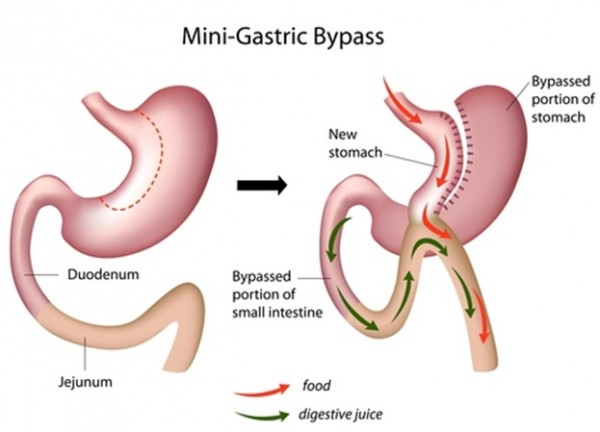 Gastric Bypasses or gastric bypass grafts are the most commonly used method of  around the world.
In this method, the volume of the stomach is diminished, and part of the intestine and stomach are absorbed from the system,
without any part of the digestive tract of the body damaged.

This is done in two ways: